Do you agree with Nickie that the 1824 Vagrancy Act should be replaced? 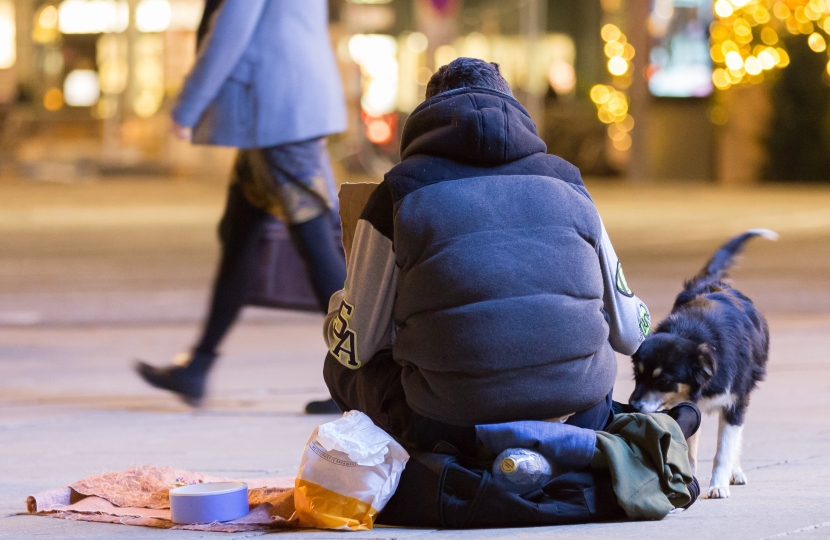 One of the Government’s main priorities is to end rough sleeping by 2024.

The issues surrounding rough sleeping and homelessness are acute in Central London. Sadly, people living here only have to step outside their front doors for a short walk around their neighbourhood to see people sleeping rough.

In recent years, much has been spoken about repealing the Vagrancy Act to help tackle rough sleeping. It is Nickie’s view that the Act, passed in 1824, is simply no longer fit for purpose. It fails to address the acute 21st-century problems that public sector agencies and charities work tirelessly to deal with among the street population.

Rather than seek to help those on the street, the Vagrancy Act criminalises them.

In place of the Act, Nickie would like to see legislation that focuses on assertive outreach, not criminality, at its heart. She wants rough sleepers to have access to greater social care and specialist medical support on top of the safety of a bed, including access to councillors and psychiatric help.

Many of those living on the street have complex needs: a large number of rough sleepers suffer from mental health and/or addiction issues. Often these issues are a significant underlying factor as to why they are sleeping rough. Nickie wants to ensure rough sleepers have access to support to end the revolving door that too many currently experience whereby they accept outreach help, are placed in a hostel and eventually into their own accommodation - but too often find themselves back on the streets because their underlying mental health or addictions have not been tackled.

In some cases, when a rough sleeper does not have the mental health capacity to make decisions for their own well-being, Nickie also believes the mental health threshold to allow outreach workers to make the decision on their behalf needs to be overhauled.

To deliver these changes requires legislative change. Without it, under the status quo, people remain on the streets as the underlying causes as to why they are there are not addressed.

Making the case for Repeal of the 1824 Vagrancy Act

Two Cities MP Nickie Aiken spoke in the House of Commons chamber to champion the success of last year's “Everyone in Strategy” which saw 90% of Rough Sleepers taken off the streets and offered accommodation.

Member of Parliament for the Cities of London & Westminster Nickie Aiken has today led a Westminster Hall debate on the repeal and replacement of the 1824 Vagrancy Act.

Nickie was asked to join Matt ahead of her leading a Westminster Hall Debate on the repeal and replacement of the Act later in the day.

The following article was first published by The Big Issue.

This week I am leading a debate in Parliament on helping rough sleepers by repealing and replacing the Vagrancy Act.

A new independent commission launches today (23 March), to examine and learn the lessons from the emergency response which supported people sleeping rough during the Covid-19 pandemic.

Earlier this week, Member of Parliament for the Cities of London & Westminster Nickie Aiken visited Westminster charity, The Passage.

Member of Parliament for the Cities of London & Westminster, Nickie Aiken, today received confirmation in the House of Commons from the Secretary of State for Housing, Communities and Local Government, the Rt Hon Robert Jenrick, that it is the government’s intension to repeal the 1824 Vagranc

Nickie Aiken, Member of Parliament for the Cities of London & Westminster, led a debate in Westminster Hall today on support for rough sleepers this winter.

The Two Cities have some of the highest levels of rough sleeping in the UK.