Who are your Two Cities Heroes? 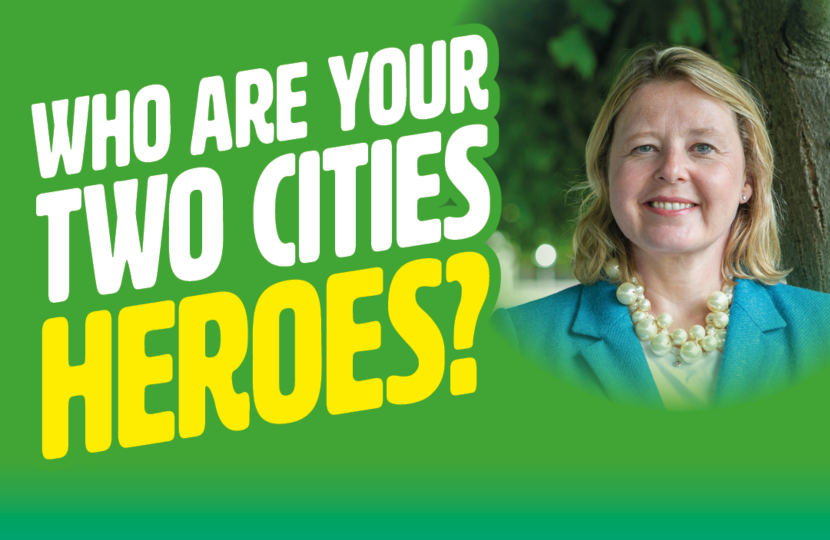 Nickie Aiken, Member of Parliament for the Cities of London & Westminster, is looking for your Two Cities Heroes.

Across the Two Cities, Nickie knows there are community heroes making a difference to the lives of local people.

They are at the heart and soul of our neighbourhoods. They go the extra mile to improve the lives of others. Nickie is looking for the Two Cities Heroes so that she can say a huge THANK YOU!

Do you know someone who has gone above and beyond locally? They may run a local club for young people or look out for older people; they may run a small charity supporting their neighbours or strangers.

To mark Nickie's 25th year of living in the Two Cities, she has begun a series of conversations with the local people who are doing incredible things and make it so special. In the first episode, Nickie sat down with Jane Buttigieg who you may have seen at the Cave in Pimlico. She is a Pimlico legend! Listen to their conversation on Nickie's podcast In Conversation with Nickie Aiken.

Let Nickie know who your Two Cities Hero is below.

Who is your Two Cities Hero?