The Two Cities Photography Competition in Memory of Neil Jelley

The Competition is in memory of Neil Jelley, a well-known Westminster resident and photographer, who sadly died earlier this year. Neil was also a youth worker at Caxton Youth Organisation, which supports children and young people with learning difficulties and autism and Nickie is delighted that Caxton is supporting the competition.

Running until Tuesday, 31st August 2021, Nickie is encouraging everyone aged four years and above to go out and about in their neighbourhoods or further afield across Westminster and the City of London and take a photograph that sums up their favourite activity or place.

How to take part

In the Autumn, pending coronavirus restrictions, Nickie hopes to invite the winners and runners up to an awards ceremony in Central London.

Read the Terms & Conditions, and start sharing your pictures. Let's show the world what the Two Cities have to offer! 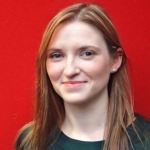 Rachel joined Caxton Youth Organisation as a Youth Worker in 2010, and worked with the charity’s Manager of over twenty years to deliver specialist Youth Work provision, at both Caxton Youth Club and Midge Island. In 2013 Rachel became Chief Executive, when her predecessor Janet Beech MBE retired. 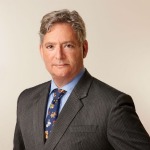 Dominic Lawson is weekly leader page columnist for the Sunday Times and Daily Mail, in both roles awarded columnist of the year at the British Press Awards. He is a former newspaper and magazine editor. Outside the world of journalism he has written an acclaimed book on world championship chess and since 2013 has been the elected President of the English Chess Federation’ 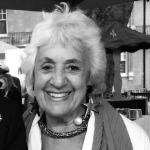 ﻿Gemma Levine is a photographer, author and fellow of the Royal Society of Arts. She presents slide lectures at the Tate Gallery on her work with Henry Moore, having published three books on the sculpture and is known for her iconic black-and-white photographs of famous personalities from the 70s, 80s, and 90s. Notably, her iconic photographs of Princess Diana are currently on display at Kensington Palace and one was selected by the palace in 1994 as the ‘photograph of the year.’

Gemma has shown over 60 exhibitions around the world, including a celebration of 25 years of her work at the National portrait gallery in 2001. She has published 25 books including her Memoir ‘Just one More…..’ (2014) published by Elliott and Thompson, and ‘Go With the Flow’ (2012) an inspirational Guide and practical resource of living with cancer, following her own diagnosis with breast cancer. As a result of her cancer she has lived with lymphoedema for a number of years.

This debilitating disease has not prevented her publishing several more books to date, and she is now a Trustee of Lymphoedema Research Fund, affiliated with St Georges Hospital, raising awareness for Lymphoedema by her books and media coverage. 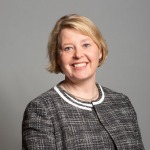 Nickie is the MP for the Cities of London & Westminster and has lived in the Two Cities for more than 20 years. She lived in Barbican, in the heart of the City of London before moving to Pimlico. Before entering politics, Nickie had a successful career in public relations and communications. 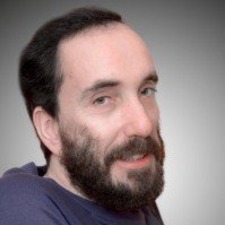 Neil grew up and lived in Pimlico. As a young man, he attended Caxton Youth Club, and in 1980 he joined the staff team as a Youth Support Worker, mentoring young people with disabilities to achieve their full potential, drawing on his own lived experience of disability.

Neil was an avid Photographer, and a member of the Pimlico Photographic Society, regularly to be found out and about in the local community, and always with his camera around his neck, observing and documenting local community events, his photographs had been featured in the Westminster Chronicle, in Westminster Council publications, and the RNLI.

Neil was only 54 years old when he passed away. He discovered photography later in his life, Neil was determined to inspire others to learn new skills and realise their ambitions, sharing his learning on his social media platforms, including Twitch. He was a greatly respected member of the Pimlico Community, and he is missed.