Why Nickie backs the campaign to ban trophy hunting 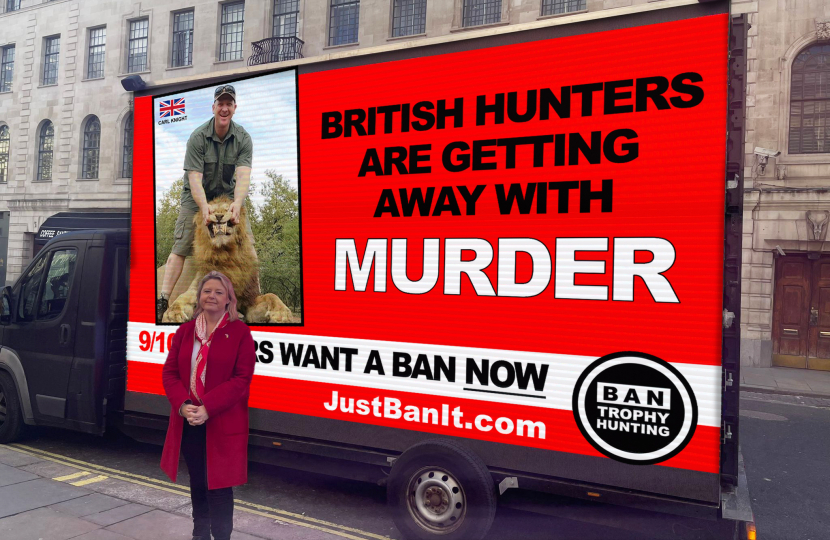 MP for the Cities of London & Westminster, Nickie Aiken, is proud to have joined the Campaign to Ban Trophy Hunting. It’s a ‘sport’ which should be consigned to history.

Trophy hunting involves the killing of an animal for sport or pleasure in order to display part or all of its body as a trophy. It’s cruel and harmful.

Trophy hunters are not killing problem or surplus animals, instead murdering the animals with what they believe are the most impressive traits. Things like the largest tusks or the darkest manes place an animal at risk. The act causes immense suffering and severely disrupts our natural ecosystem. It is appalling that there is now a tradition for hunters from the UK to travel abroad to legally shoot animals and with the right paperwork, they can then bring trophies, such as stuffed heads or horns, back to the UK.

That’s why Nickie is lobbying the Government to bring forward its ban on trophy hunting imports.

As they stand, the proposals will protect nearly 7,000 species that are either near-threatened or threatened by international trade. We must do all we can to end this archaic practice. Let Nickie know if you agree!

Back the campaign to ban trophy hunting