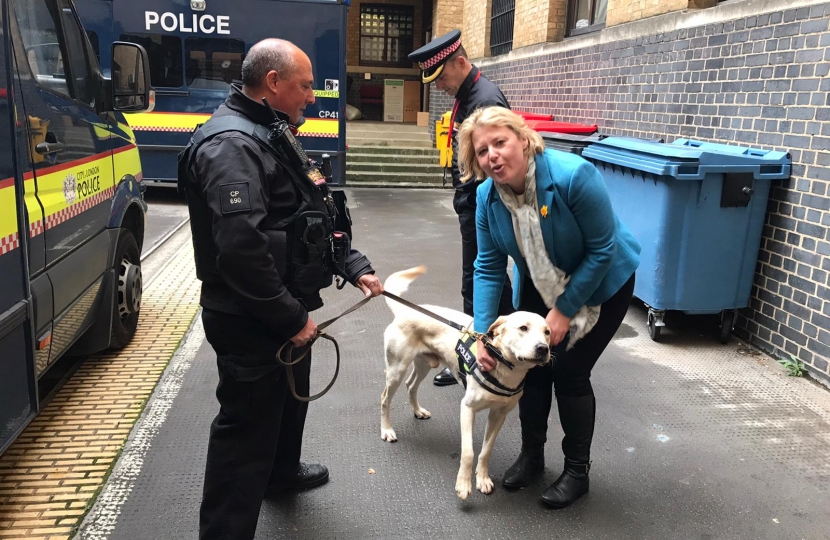 Member of Parliament for the Cities of London & Westminster, Nickie Aiken was delighted to visit the City of London Police’s dog unit earlier today. Nickie arranged the visit to discuss her support for Finn’s Law Part 2 with officers.

The Animal Welfare (Service Animals) Bill (also known as Finn’s Law) came into force back in June 2019 to protect service animals such as police dogs and horses from violent attacks. Finn’s Law Part 2 will increase maximum sentences for animal welfare offences from 6 months up to 5 years to better protecting all animals from abuse.

On Finn's Law Part 2 Nickie said, “I am fully supportive of Finn’s Law part 2 and will be supporting it as it passes through Parliament. It was right that last year MPs voted last year to give greater punishments to those that attack services animals. I see no reason not to treat whose that harm non-service animals in the same way.”

Cities of London & Westminster MP Nickie Aiken introduces the latest episode of her podcast "In Conversation with Nickie Aiken".