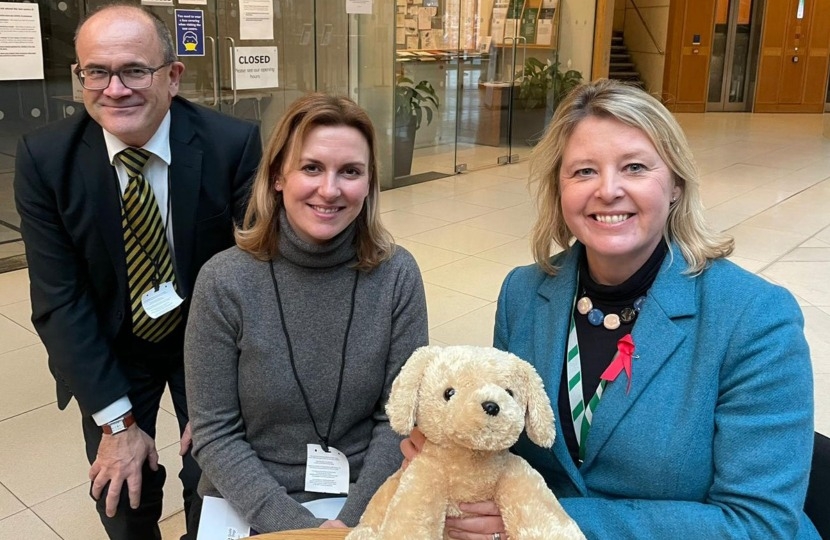 MP for the Two Cities, Nickie Aiken, met with the Guide Dogs Charity as part of her campaign to improve e-scooter safety.

E-scooters that are not part of government backed trials are illegal on public roads and pavements.

Nickie welcomes the latest campaign by the Met Police to raise awareness, including penalties, such as points against your licence, and Fixed Penalty Notices. Nickie personally feel that shops also need to do more to make their customers aware of the law.

As part of her campaign, Nickie invited Tom Wright and Blanche Shackleton, from Guide Dogs Charity, to Parliament. Whilst it is so important to embrace new, clean and innovative modes of transport, Nickie believes we must ensure everyone remains safe and that we cannot have, as we see now, e-scooter riders creating havoc on our pavements, rushing in between groups of pedestrians. Visually impaired members of our neighbourhood are even more at risk.

Nickie is working with the Transport Minister, Trudy Harrison MP, to ensure the Government gets its approach right.

Show your support for e-scooter safety

E-Scooter safety continues to be an issue of significant concern to local people across the Two Cities, with an increasing number getting in touch to share their experiences.

Nickie Aiken, MP for the Cities of London & Westminster, visited the Barbican, along with local Councillors and officers from the Corporation of London, to experience first-hand the excessive tube noise and vibrations those living in Brandon Mews are living with.