Three weeks left to Save Our Buses! 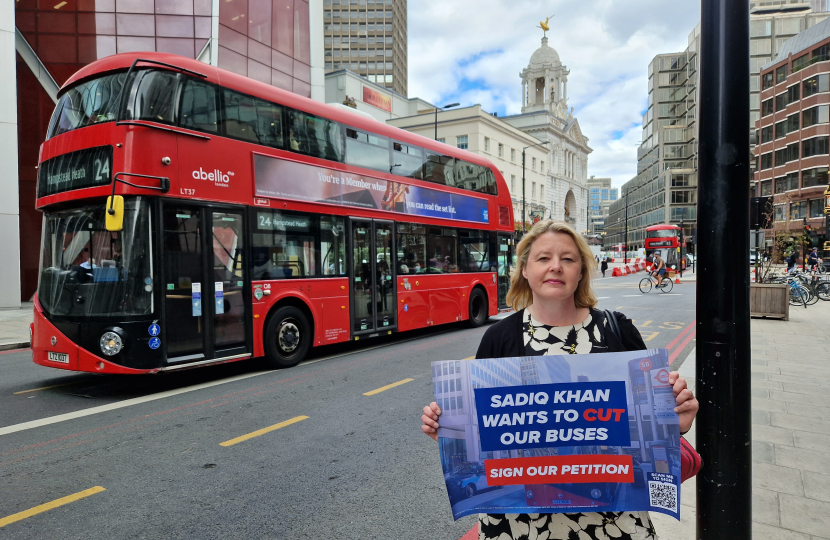 There's not long left to Save Our Buses! The Mayor of London's plan to abolish 22 bus routes across London will have a detrimental impact on our neighbourhoods.

His plan will cause longer, more crowded journeys, or push more people into expensive taxis and private hire vehicles.

Nickie has also heard from local people about the impact of the Mayor's plan to withdraw route 4 from the City of London. Another key hospital route under threat! We cannot allow our critical hospital bus routes to be axed.

The Mayor has already been forced to extend his consultation once, but it is set to close on 7 August 2022. If you haven't already, please sign Nickie's petition below and encourage your friends also. Take part in Mayor Khan’s consultation to ensure TfL hear our concerns.

Mayor of London, Sadiq Khan, and Transport for London are consulting on their plans to abolish 22 entire bus routes across London.

Member of Parliament for the Cities of London and Westminster, Nickie Aiken, had a fantastic walkabout in Marylebone where she caught up with local Councillors Barbara Arzymanow and Karen Scarborough as well as the Marylebone Safer Neighbourhood Team to hear about the issues affecting the communi

Help protect vital bus routes in central London by making the case for them to Transport for London by the 7 August 2022.